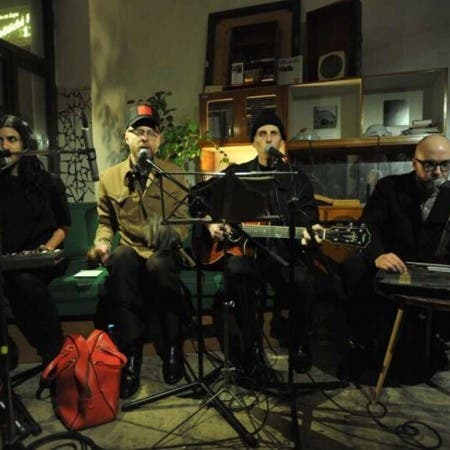 6:38 35 ×
Denver Broncos UK  The Red Cross Is Giving Out Misinformation

Denver Broncos UK is a side project of four musicians from the legendary Slim Cessna’s Auto Club. DBUK consists of Slim Cessna, Jay Munly, Lord Dwight Pentacost and Rebecca Vera. The Denver musicians still interpret American folk in their own unique and strangely beautiful way, but they do it in a completely different way than in SCAC. More calm, but very emotional ballads, in which they use a rich instrumentation. So far DBUK have released three albums: Songs One Through Eight (2015), Songs Nine Through Sixteen, in 2018 and Songs One Through Sixteen in 2019, promoted by a concert tour also covering Europe. Their performances are a must-see for fans of SCAC, the Denver Sound or Americana in general.