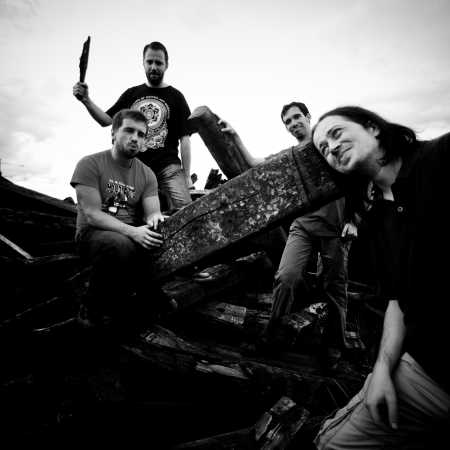 Denizen formed in the south of France between Montpellier and Sète in 2003. After a first demo/EP and a first demo/album, Far From Common Strategy (2006), issued on the label Prototype Records, the group participates in a split tribute to Black Sabbath with the bands Illtemper and Stuntman.

Denizen then appears on a compilation produced in collaboration with Prototype Records and the Temple of Noise fanzine. A second album, Snatches Into Uproar was released in 2009, still on Prototype Records. Denizen then began to move towards a more rock groove with Sludge and Stoner influences.

Whispering Wild Stories is the third album by Denizen, released in 2011. Classic Rock influences are even more assertive in this one. The album is re-released by the English label Stargun Music (Enos, Sada, and others) in 2013. Troubled Waters is the new album of Denizen, recorded during year 2014. Although one can notice a more melodic heavy rock approach with blues influences, the band’s main concern is focused on the guitar riffs.