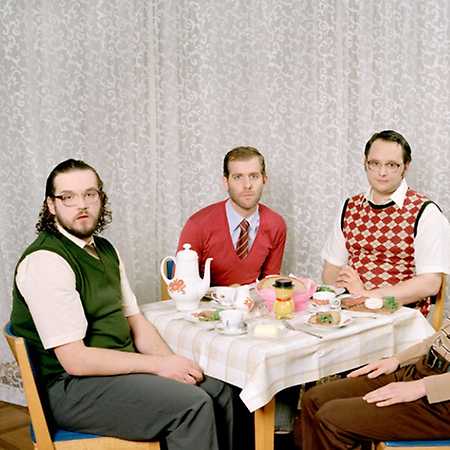 Deichkind is a German hip-hop/electropunk band consisting of MC Philipp Grütering and MC Sebastian “Porky” Dürre. Henning Besser aka DJ Phono aka La Perla is the creater of their shows. Until 2018 Ferris MC aka Sascha Reimann was part of the group.

For the first time the band became famous in year 2000 together with rapper Nina and the title Bon Voyage. During the 2000s they developed their style in another direction and adapted electronic elements. Deichkinds most famous songs from this time are Remmidemmi (Yippie Yippie Yeah) (2006), Arbeit Nervt (2008) and Leider Geil (2012).