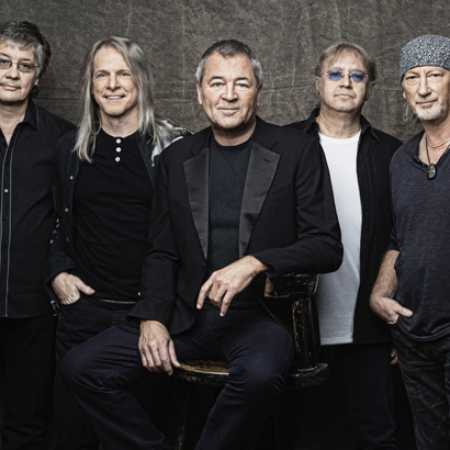 Deep Purple  Smoke On The Water

Deep Purple are an English rock band formed in Hertford in 1968. In the formation of this group was to classical music, whose promoter was in particular, Jon Lord, and hardrock themes, which advocated Ritchie Blackmore. The combination of these two types of music, though the young listeners, the first half of the 70 's. for years. Deep Purple when they were among the best rock group and also originate from this period their best plates and the most famous and most successful concert performances. Along with Led Zeppelin and Black Sabbath, they are considered pioneers of heavy metal and modern hard rock, although they never did for heavy metal group.