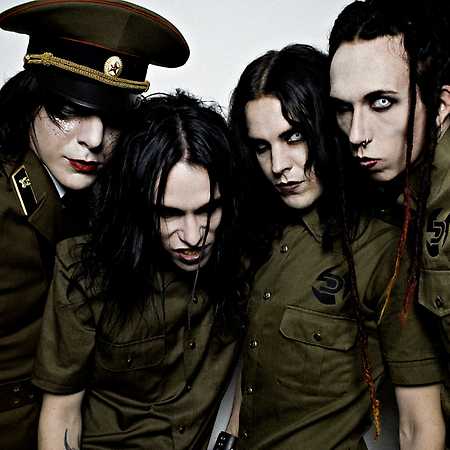 Deathstars is a metal band from Sweden, which was founded in 2000 by some members of the death and black metal bands Dissection, Swordmaster and Ophthalamia. In 2002 they released their first album Synthetic Generation under LED Records, which initially sold successfully in Sweden, later also in the rest of the world. In 2007, Deathstars received the Golden God Award 2007 for Best Newcomer from Metal Hammer Magazine. In 2014, the group released their album The Perfect Cult.