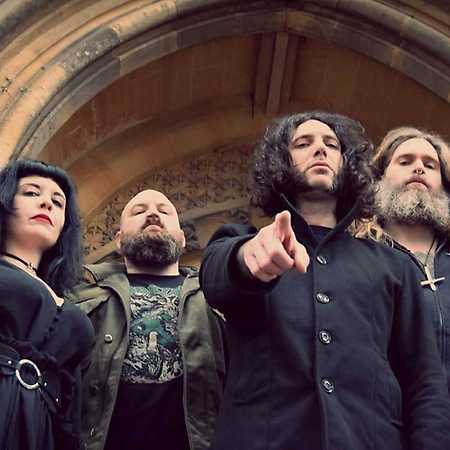 Dead Witches  Drawing Down The Moon

Dead Witches are a doom metal/occult rock band, founded in 2016 as a collaboration between English drummer Mark Greening (Electric Wizard, Ramesses, With The Dead) and Italian vocalist Virginia Monti (Psychedelic Witchcraft). Since 2017 a touring quartet has formed with all four members residing in the United Kingdom.

Since forming in 2016, Dead Witches have released the album Ouija in 2017 followed by The Final Exorcism in 2019 both of which via Heavy Psych Sounds.