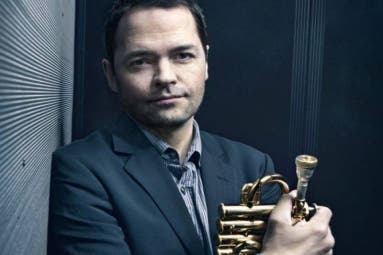 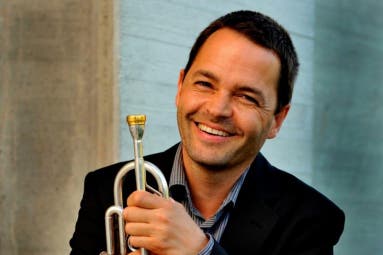 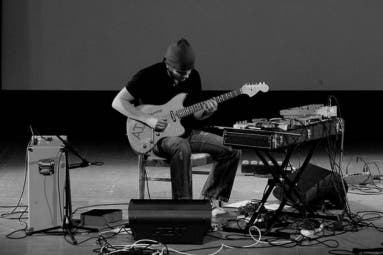 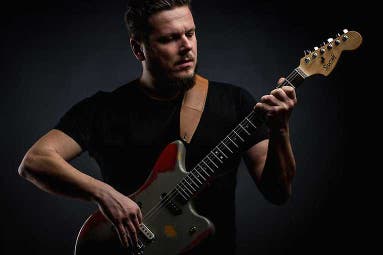 David Kollar and Arve Henriksen present „A Sense of Destiny“.

Although the foundations for the 12 tracks of A Sense of Destiny were laid in a short ten days, it was followed by more than six months of communication between Prešov, Slovakia and Mölnlycke, Sweden, near Gothenburg. Although Kollar previously collaborated with Arve Henriksen on Illusion of a Separate World, Sculpting in Time, Unexpected Isolation, and Crime on the Bunny, the new album is unique in many ways. The acoustic, ethereal element is tighter, with both players paring down the use of rich instrumentation to a minimum. Not a single note is wasted. Kollar's seemingly simple chordal turns are surrounded by the sonic warmth of Henriksen's layered trumpet. It evokes woodwinds or the traditional Japanese shakuhachi flute in its delicateness. The result is acoustically lucid, in symbiosis with the evocative cover photograph, in which mysterious stone monoliths on the seashore leave us uncertain of their origins. Is this a play of nature or a human creation? A Sense of Destiny is the soundtrack to the sea tide in this regard, and although there are rougher areas in places, they arrive at a cathartic conclusion. The minimalist approach seamlessly flows, with the Andean mandolin ronroco interspersed with the darker double bass strings of Kollar's guitar. Arve Henriksen is one of contemporary music's most revered figures. The Norwegian artist is known by many via his remarkable improvisation group Supersilent (which has released fourteen albums). He has also released a dozen albums of his own on the Rune Grammofon, ECM and Arve Music label, and collaborated with more than 100 others. It was on Supersilent that Henriksen met the guitarist and producer Helge Sten (AKA Deathprod). It is thanks to the mixing in Sten's legendary Audio Virus LAB studio that the sound of A Sense of Destiny is steeped in aural beauty.

David Kollar is a Slovakian experimental guitarist and composer who has emerged as one of the most intriguing figures on the European Avant-Garde / Jazz scene in the last decade. His unique approach both to the guitar as an instrument and the contemporary improvising / compositional idioms are fascinating and innovative. Kollar's numerous recording projects, both as a solo artist and as a collaborator, are milestones of contemporary European experimental music sphere and each of those discloses another facet of his complex and constantly developing musical identity and his artistic personality. Kollar treats his music with a deep degree of seriousness and personal involvement, as if each and every one of his projects was not only his proverbial brain child but as if it was his actual offspring. He treats his instrument as a gateway between his complex ideas and their audible representation, the same way a sculptor treats the chisel or a painter the brush. Kollar has released 20 expansive albums, 2 books, scored 18 films and worked on many multimedia projects. He has worked with many musicians, including Pat Mastelotto, Steven Wilson, Erik Truffaz, Christian Fennesz, Trey Gunn, Colin Edwin, Marco Minnemann, Lenka Dusilova, Tadeusz Sudnik, Eivind Aarset and many more.

Arve Henriksen is considered one of the most innovative trumpeters of the last three decades. Born in 1968, Arve Henriksen studied at the Trondheim Conservatory from 1987-1991, and has worked as a freelance musician since 1989. He has worked with many musicians, including Jon Balke Magnetic North Orchestra/Batagraf, Jon Christensen, Marilyn Mazur, Nils Petter Molvær, Misha Alperin, Arild Andersen, Dhafer Youssef, Sidsel Endresen, Christian Wallumrød, Thomas Strønen, David Sylvian, Jon Hassell, Laurie Anderson, John Paul Jones, Erik Honoré, Gavin Bryars, Ryuichi Sakamoto, Bill Frisell, Terje Rypdal, Maria Schneider, and many more. Henriksen has composed and commissioned music for festivals, films and documentary programs. He has a long discography counting over 140 records in total, releasing for such labels as ECM and Rune Grammofon.