A 20 years long career and parties, four Albums, about 40 EPs, dynamite live performances on stages all over the world, David Carretta is one of the most influent artist on the french electro scene since 1996.

He started in 1988 his first band with a friend equally fond of electro music in the not so exiting town of Tarbes, in the mist of the rather dark 80’S. Art Kinder Industrie, their code name, goes from industrial music, new wave to EBM.

All this before the raves and techno could show their massive beats.

The beginning of techno music in France hit the young Carretta hard. Already drawn by New Beat and Acid House, his musical tastes evolved toward heavier sound, with the influence of spontanious parties, of psychotropic substances and listening to emblematic pieces from Underground Resistance, Hardfloor, Disko B and their likes.

In 1993, David printed his first record with the mythical and ultra hype german label at the time, Harthouse, under the hypnotic name Calyptol Inhalant. Germany definitely adopted him when he met with DJ Hell in a tour organized by a friend in 1995. Hellmut Geier founded International Deejay Gigolos after listening to Carretta’s title Innerwood.

After a few all consuming 12” vinyls, David went into higher gear, in 1999, with his first electro atypical album, Le Catalogue Electronique on Gigolo Records. He was inspired by the sounds heard during his adolescence, which he had left aside, with the influence of techno and had fun piling up references, from Divine to Gainsbourg as well as Plastic Bertrand, to finally reach an electronic “melting pot” through a collaboration with the Chicks On Speed and Electric Indigo.

In 2001 Carretta released Domination EP on which the enormous hit Vicious Game can be found convincing with a powerful melody and a stubborn vocoder that could bring the dead back to life.

Kill your Radio: an anarchic politic punk title for a devastating music, uncompromising, going against the fashion trends ravaging in 2004 when Carretta’s second album was printed. David got back in touch with his original influences: Front 242, Nitzer Ebb, D.A.F and the raw energy generated on the dancefloors.

But Carretta is not just a machine creating unbridled hits for BPM seeking dance floors. As early as Kill Your Radio and the start of his own label, Space Factory, in 2003 with his wife Gigi Succès, he developed his love for hypnotic sounds, space surges and the images of cosmic vintages.

The electronic adventure strikes back in 2010 when David start a new project with his wife Gigi Succès called Aerobic. The first album, Peace Hand, released on Space Factory, takes his roots into New Wave and Italo-Disco with new flavor and actual sound. It could be a mix between synth pop band Elli et Jacno and New Order.

Since 2011 David Launch a techno project called Carretta & Workerpoor with his friend Julien. Their first EP was released through Zone Record. Besides, their recent live act has left a deep impression on the audience. Their latest remixes for Arnaud Rebotini, The Horrorist & Scratch Massive have also proven that the duet is a perfect combination of efficiency and darkness. 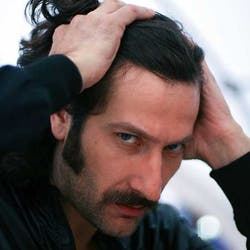 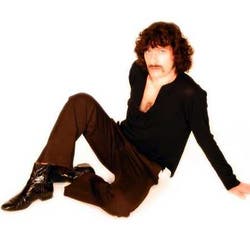