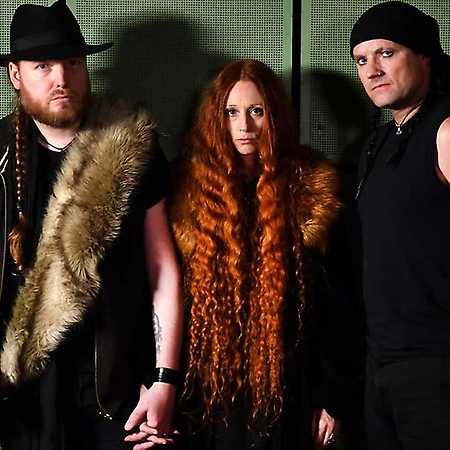 Darkher is an English metal and rock band from West Yorkshire, which was founded by Jayn H. Wissenberg (Darkher). In 2013, Faun Records released a self-titled EP, which was followed by Prophecy Productions' EP The Kingdom Field (2014) and the debut album Realms, which contains a book as an insert. Before the contract was signed with Prophecy Productions, Jayn Wissenberg had published The Kingdom Field in a self-published edition of 100 copies. The band was also active live. They played at the Prophecy Fest in Balve in 2015 and the Roadburn Festival in the same year. In addition to Jayn Wissenberg, who takes over the vocals, the electric guitar and the production, the line-up consists of the guitarist and bassist Martin T. Wissenberg and the drummer Shaun “Winter” Taylor-Steels.