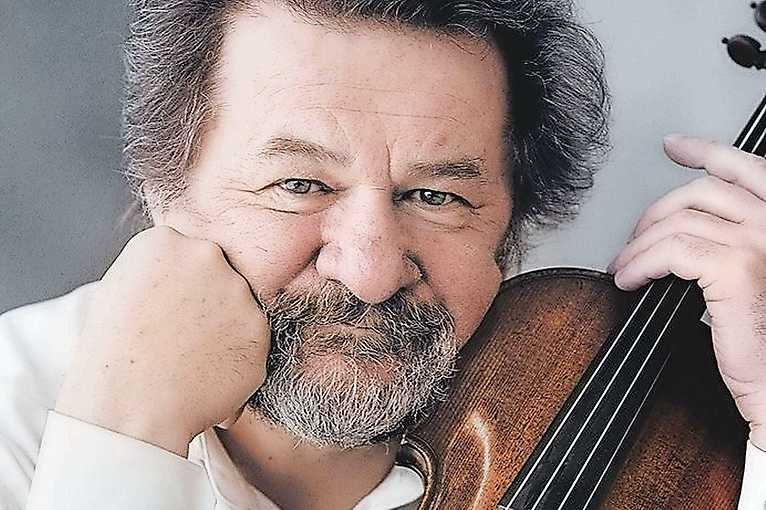 Daniel Stabrawa was born in 1955 in Krakow and is the first concertmaster of the Berlin Philharmonic. He is a laureate of major international competitions. After receiving his diploma from Prof. Zbigniew Szlezer in 1979 he became concertmaster of the Cracow Polish Radio Orchestra. In 1983 he came to the Berlin Philharmonic where, still under the direction of Herbert von Karajan, he was appointed first concertmaster in 1986. Daniel Strabrawa appears regularly as soloist with the Berlin Philharmonic Orchestra and performs in many countries in Europe, Asia and America. With his pianist wife Elisabeth Strabrawa, he has taken part in numerous sonata soirees around the world. He is particularly fond of performing the music of his compatriot Karol Szymanowski. Since 1994, Daniel Stabrawa has increasingly devoted himself to conducting and in the 1995/96 season he took over the direction of the Capella Bydgostiensis ensemble.

Maria Rabenberg was born in Kraków. She studied at the Julius Stern Institute at the University of Arts under Tomasz Tomaszewski, who was her main pedagogue. After graduation she obtained a position at the Orchesterakademie attached to the Berlin Philharmonic, followed by temporary contracts in the first and second violin sections. For one year she was second violin concertmaster in the Danish Radio Symphony Orchestra under Fabio Luisi in Copenhagen, where she now lives and is permanently employed by the Copenhagen Philharmonic. In Copenhagen she founded her string quartet, the Copenhagen Philharmonic String Quartet, whose performance has already been broadcast live on Danish Radio. The quartet has also performed in the Sternstunden program at Tivoli with renowned artists such as Nikolaj Znjader, Kavakos and The Danish String Quartet. The Copenhagen String Quartet has also been invited to participate in Lunchkonzerten programs at the Berlin Philharmonic. Maria has performed as soloist in Japan at Kioi Hall in Tokyo and at the Great Hall of the Berlin Philharmonic with works such as the Brahms Double Concerto, Sibelius Violin Concerto, Saint Saëns Rondo Cappricioso and Mozart Violin Concerto.

Ignacy Miecznikowski studied violin with Peter Csaba and viola at the Lyon Conservatory. There in 1998 he was accepted into the soloist class of Tasso Adamopoulos and two years later he received his soloist diploma. From 1996, he began to accumulate orchestral experience in various French ensembles. In 1998 he became principal viola of the Orchestre de l’Opéra National of Lyon, a role he held until moving to the Berliner Philharmoniker.