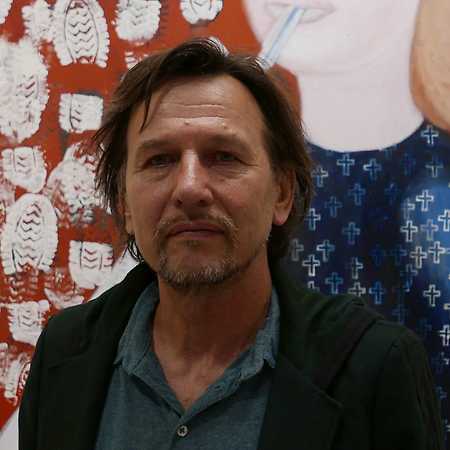 Since the middle of the 1980s Daniel Balabán has been one of the leading artists of the Ostrava art scene and a very important figure in the Czech art world as a whole. He was born on 20 September 1957 in Šumperk, Moravia, but since 1962 has lived in Ostrava. Between 1979 and 1984 he studied at the Professor František Kroudek painting studio at the Academy of Fine Art in Prague, where he became senior lecturer in 2004. From 1993 to 2007 he was head of the painting studio at the Faculty of Fine Art at Ostrava University, and since 2008 has had his own studio at the Institute for Artistic Studies of the same institution.