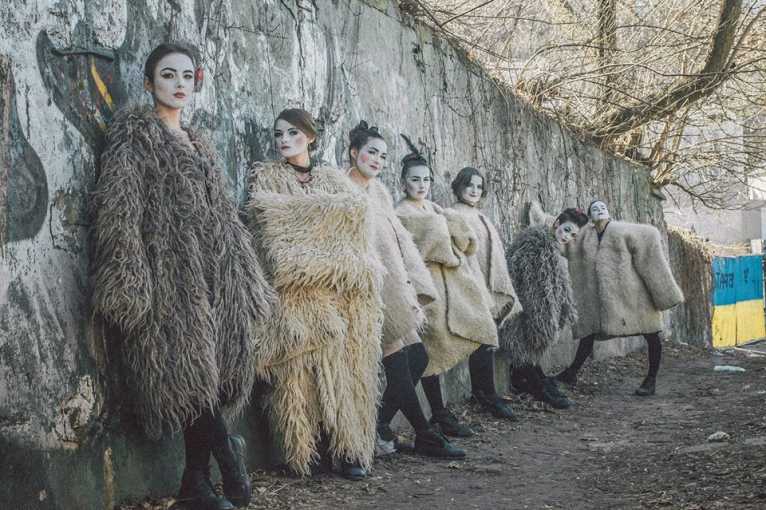 This ensemble of seven Ukrainian women grew out of the Kyiv-based experimental theater Dakh. Its cabaret performances mix elements of punk, rock, and rap with Ukrainian folk music. The unbridled creativity of the Dakh Daughters Band has made them one of the country’s symbols for the struggle for democracy. The Dakh Daughters Band performs original songs and musical adaptations of poems by famous authors (William Shakespeare, Taras Shevchenko, Joseph Brodsky, Charles Bukowski). The band gained wider recognition thanks to the video to its song Roses / Donbass and its live performance on the Maidan in 2013. The Dakh Daughters have performed in numerous Ukrainian cities and also in Poland, France, Russia, the United States, and Brazil. In November 2016, the band released its first studio album, If.