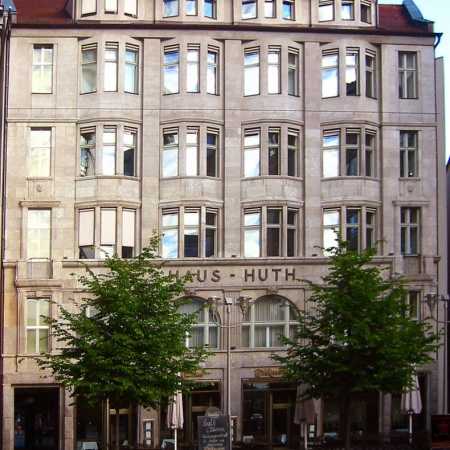 The Daimler art collection came into being in 1977. Since then, the collection has expanded to include 1,500 works by roughly 400 national and international artists. The works were initially on display exclusively within the company, but in 1999 they acquired a new 600 square-metre exhibition space in the renovated Haus Huth at Potsdamer Platz. A series of thematically structured exhibitions focusing on the collection as well as on new acquisitions are shown four times a year. There are also artists' discussions, theme tours and concerts.

In terms of its overall theme, the collection represents important developments in the art and pictorial ideas of the 20th century right up to the present, with a special focus on the abstract tendencies of this era. The collection contains important works from the Bauhaus movement, constructive and concrete art, informal painting, Zero and Minimalism as well as multimedia concepts and video art. Eight of the collection’s roughly 30 large sculptures are on display in the Daimler Areal at Potsdamer Platz. Internationally known sculptors whose work was not yet represented on the streets of Berlin were chosen for the prominent location.