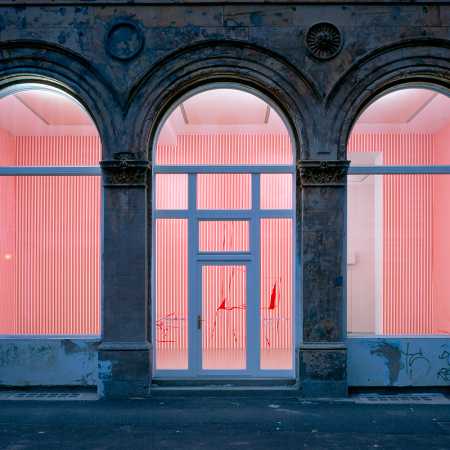 In 1966, the DAAD (Deutscher Akademischer Austauschdienst) took over the West-Berlin artist-inresidence program , which was initially founded by the Ford Foundation. It was continued and further developed under the name Berliner Künstlerprogramm des DAAD. In 1978 the DAAD-Galerie was opened as a new exhibition venue in West-Berlin. Its goal was to condense the artists' program and to give international artists a platform within the German art scene. The gallery does not only host art exhibitions but also readings, concerts, film screenings and performances.