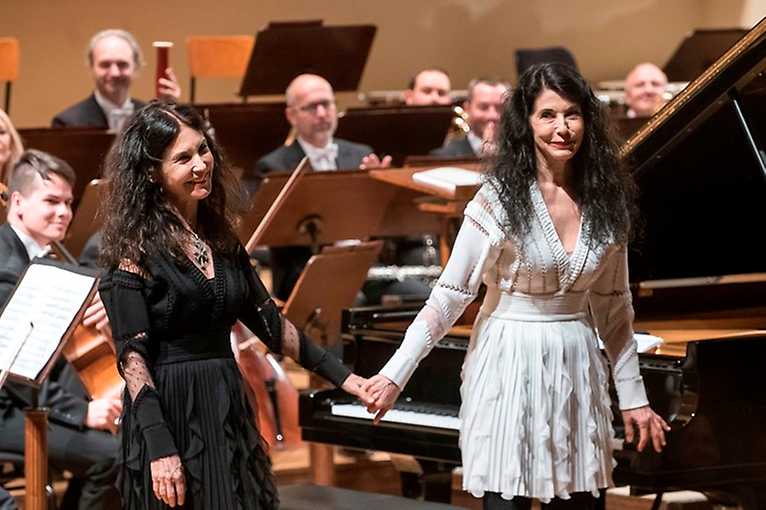 American composer and guitarist Bryce Dessner lives in Paris and has shared many years of friendship with Semyon Bychkov.

American composer and guitarist Bryce Dessner lives in Paris and has shared many years of friendship with Semyon Bychkov. He plays the guitar with The National rock band and at the same time he is a distinguished composer, whose works have been premièred by such ensembles as the Los Angeles Philharmonic, the Ensemble Intercontemporain, the Kronos Quartet, Katia and Marielle Labèque. He has worked closely with Philipp Glass and Steve Reich as well as with Paul Simon and the film director Alejandro González Iñárritu, composing the music for his film The Revenant. The two pianos in Mozart’s Concerto in E Flat Major are also the driving force for the entire first half of the programme, because Bryce Dessner’s work for Katia and Marielle Labèque inspired maestro Bychkov’s deeper interest in the composer’s music.

To celebrate 125 years since the Czech Philharmonic was founded, Semyon Bychkov has chosen to perform the three greatest symphonies of Antonín Dvořák, who stood at the orchestra’s helm during its first concert. To be specific, Dvořák’s New World Symphony was one of the works performed on 4 January 1896. After the symphony’s world première in New York, a New York Times critic wrote: “In the first place, Dr. Dvorak has shown his thorough mastership of symphonic writing by avoiding the pitfall which has invariably entrapped the American composer. […] What he has done is to saturate himself with the spirit of negro music and then to invent his own themes. He has made himself completely the master of the fundamental melodic, rhythmic, and harmonic peculiarities of negro tunes.”

A Morning with Musicians of the Philharmonic: From the Percussion Kitchen… Praha 1, Rudolfinum tomorrow 10:15