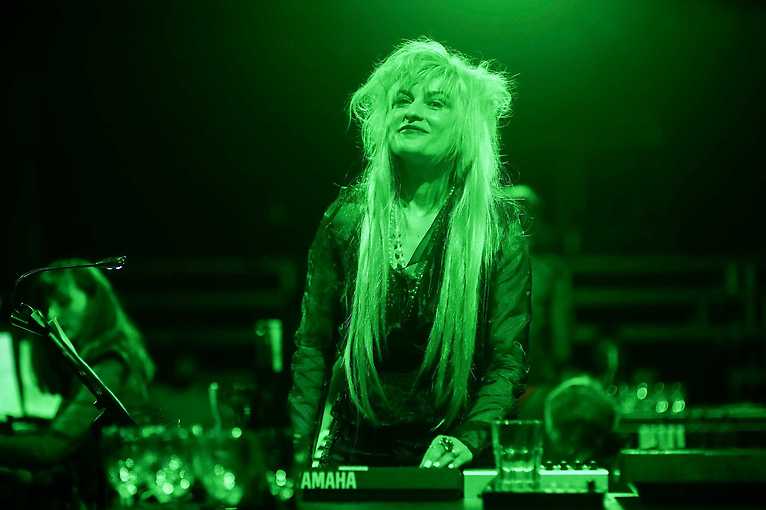 Wojtek Blecharz, director and composer, derived the form of the concert from the opening scene of the original version – Czarny Kwadrat. Gra Muzyczna, which was based on a drama by Anna Świerszyńska. Individual elements of Świrszczyńska’s text, such as characters, concepts or objects or situations derived from the drama, were installed on a map/track prepared for the audience. This was the first time Wojtek Blecharz used keyboards of electronic instruments. The absurdity of this technique partly derives from the spirit of Świrszczyńska’s text, but it also refers in a perverse way to the beginnings of electronic music, to works for instrument and tape. This is how the Sonata for keyboard and tape was created, which eventually became an autonomous musical work.

Black Square. Sonata for keyboard and tape is a work of long duration that can be performed by any number of performers, on any number of instruments; it is a kind of new ambient piece, a sound “sculpture”, to be performed for any kind of musician, regardless of their previous musical experience. In Italian, “suonare” means to play, sound, perform. Anna Świrszczyńska has noticed in her play Black Square, that absurd is necessary to survive, or at least face the reality. The author suggests that happiness is the essence of existence, the border between life and death, and that laughter can be an ideal vaccine with a salutary effect on the perception of reality, though its side effects are not fully known.