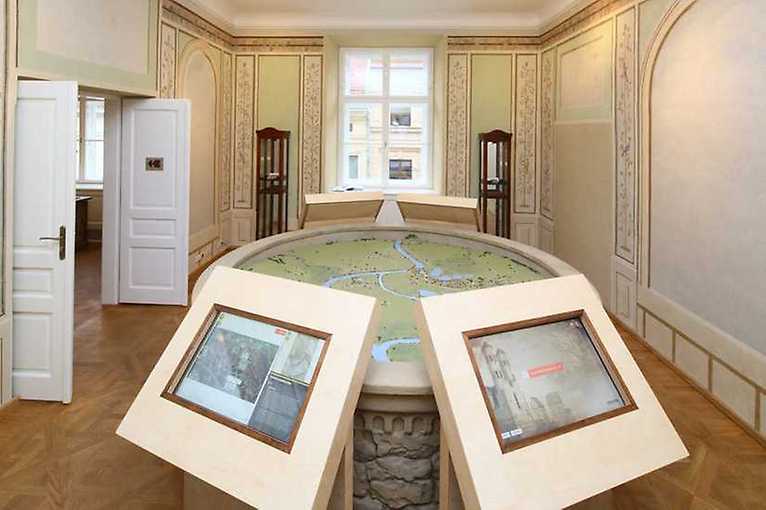 Cyberteka. Kraków − time and space exhibition, organised as part of the Krzysztofory once again, the complete museum project, is the presentation venue for the museum achievements in the digital reconstruction of Kraków settlement and agglomeration, as well as for the programme of digitalising the museum collections. It is both an introduction to the future permanent exhibition in the Krzysztofory Palace, entitled Kraków from the beginning without an end, and an autonomous repository of knowledge about Kraków. Education and promotion of national heritage is an important objective of this project. The exhibition spaces, spread over an area of 185 square metres, are localised on the second floor of the western wing of the Krzysztofory Palace, in ancient rooms with polychrome decorations from the turn of the 19th century. In its assumption, the project is open and will be systematically expanded and updated. In its present shape, the phenomenon of Kraków is exhibited in six stages, in the form of multimedia presentations.