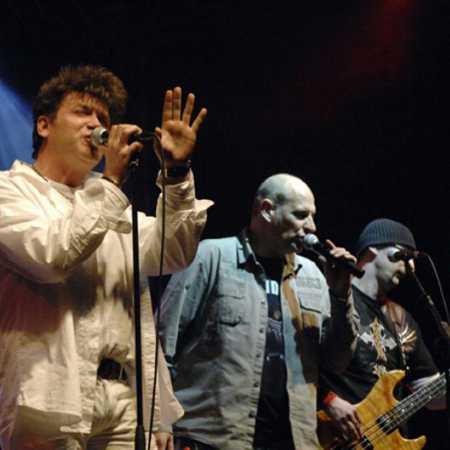 Crvena jabuka are a pop-rock band, based in Sarajevo, in 1985. The first plate they recorded in 1986 and soon became one of the biggest pop-rock attractions in Yugoslavia. So far they released 22 albums, with the last plate “Nek ljubav” will promote, in the framework of the European tour called “Tamo gdje ljubav počinje” (“where love begins”). – Translated by Automatic service