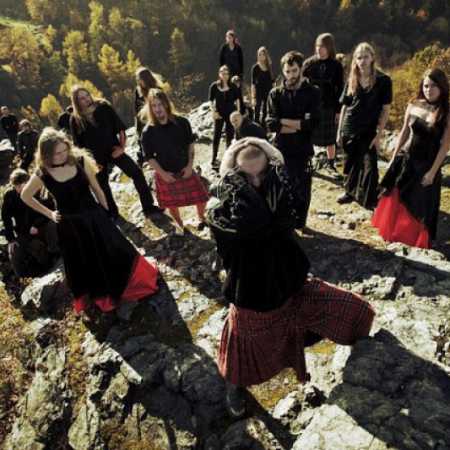 Cruadalach the Czech eightfold folkmetalové body, which for their live performances full use of cello, violin, shawms, bagpipes and recorders. The band are very typical spontaneous show led by energetic frontman. Cruadalach repertoire was mainly influenced by early medieval Irish and motives, the band but increasingly found its own identity and style, which blends multiple metal genres. Lyrics, written in English and Czech, reflect the human experience and values ​​and spirituality of the human being in general, often working with the legends as a parable. – Translated by Automatic service