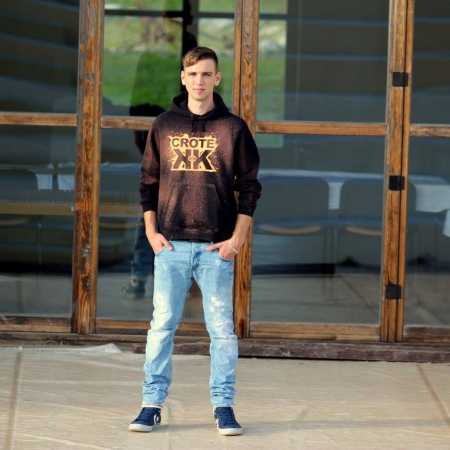 Being down-to earth is the art of success. Benjamin D. aka Crotekk clearly shows this in different ways daily. Up-most is his love to music and his drive to keep the techno scene alive.

Crotekk first visits of techno parties were back in 2008, when he was 15 years old. He realised early that commercial mainstream house did not excite him. The first club he frequently attended was the Glashaus Centre in Worbis. The reason for that was the Bunkerfloor, where his idol An-Dreh played Hardtechno. Crotekk credits his idol for his own love and passion for fast, hard and brutally forced techno. It took Crotekk two years to progress his music before he finally scored a gig at the Exit Club in Heiligenstadt, where he introduced his sound to the crowd for the first time.

Wanja from Tekk Freakz recognized Crotekk’s talent and signed him. Sonce that point Crotekk has become a celebrated name in the East of Germany.

In 2013 Crotekk met the Acid Wars Crew from Nordrhein-Westfalen. The crew loved his music and made his dream come true: festival gigs at Ruhr in Love and Nature One.

Overnight Crotekk became a name in the hard techno scene. His fan base kept growing and at the end of 2015 his dream of a solo release was finally coming true. Spring 2016 it was released online.