The Karol Szymanowski Philharmonic Orchestra in Krakow was established in February 1945 as the first Polish symphony orchestra after the end of World War II. Despite the obvious difficulties in post-war Poland, from the very beginning the Kraków Philharmonic Orchestra presented a high artistic level and excellent interpreting skills developed in the following years by many excellent conductors with whom it had the opportunity to work. The first post-war director and conductor of a memorable concert in February 1945 was Zygmunt Latoszewski. Later, over a period of 73 years, the ensemble was headed by other eminent masters of the baton: Valerian Bierdiajew, Witold Krzemieński, Bohdan Wodiczko, Stanisław Skrowaczewski, Witold Rowicki, Andrzej Markowski, Henryk Czyż, Jerzy Katlewicz, Tadeusz Strugała, Gilbert Levine (USA), Roland Bader (Germany), Marek Pijarowski, Vladimir Ponkin (Russia), Tomasz Bugaj, Jan Krenz, Paweł Przytocki and Michał Dworzyński. In 1988-90, Krzysztof Penderecki was the Artistic Director of the Philharmonic, holding the position of Honorary Artistic Director since 1993.

The Cracow Philharmonic Orchestra has had the opportunity to accompany outstanding soloists on numerous occasions, and the Philharmonic has given concerts in over 30 countries, mosty European, some of them many times, and also in renowned concert halls around the world, such as the Konzerthaus and Musikverein in Vienna, Gewandhaus in Leipzig or Carnegie Hall in New York. 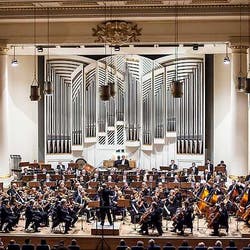 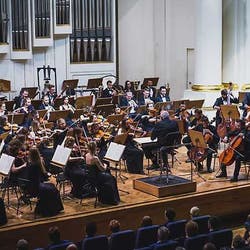 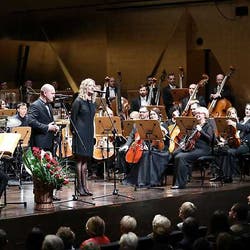 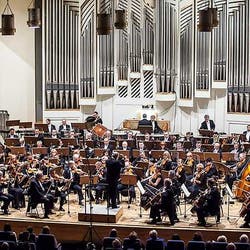