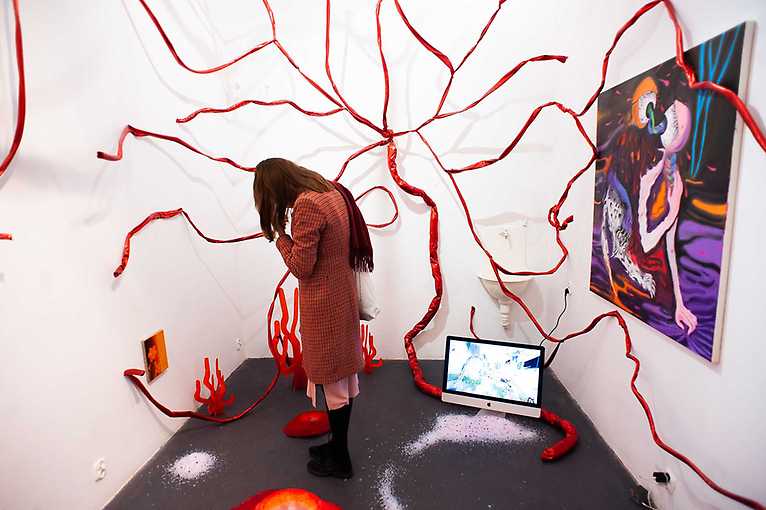 This year marks the tenth anniversary of the first edition of Krakers, originally held as a weekend festival that eventually grew to become a Krakow art week, actively involving several hundred artists, gallerists, and curators.

(NO) HOPE - this perverse slogan is the leitmotif of this year’s Krakers. The theme emerged on its own as a response to the pandemic situation that surrounds us. It oscillates around two opposing utopian visions: those that give hope for the future, or those that definitively take it away. Solarpunk visions of the future or the growing preppers movement – which way does the pointer tilt more? Futuristic visions of doom, dystopia, black scenarios or rescue projects? “No future” or “Yes we can?” Or “Make the planet great again”? We ask how a human being is seen in this situation – do we analyze ourselves through the prism of destruction or creation (of the environment, our life, body, relationships, resources, cultural heritage)? And finally – does art give hope? Due to the difficult situation in which all of civilization has found itself, the 2021 edition will be devoted to reflections on the global crisis, the reality during/after the epidemic, and the role of culture in the reshaping of the world changed by COVID-19. Krakersa’s activities are intended to show to all those interested the wide and strong in its diversity cultural offer of Krakow, once again revealing to the audience the artistic specificity of the city, supporting and promoting new places and artists, and above all contemporary art in urban space. Cracow Art Week also remains a platform for communication, education, information and promotion, as well as a meeting place for independent art centers and the city’s inhabitants.