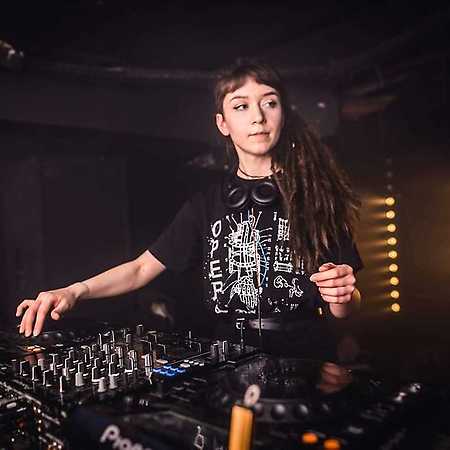 A Poznań-based DJ and producer, a resident of the Projekt LAB club. For years, strongly associated with the scene of trance dogs, at Techniküm events, she discovered her fascination with techno music. She began to create music in 2014. In October 2014, she released her first single Singularity via Planeta Psy Records. In 2015, the Blue Plasma via Goa Records EP. In May 2017, she took on a DJ. She has had the opportunity to play alongside artists such as I Hate Models, Cleric, Ø [Phase], Xosar or Sigh. Inspired by hardcore music, it does not limit the amount of distortion. In his sets he combines strong, energetic and sometimes acid techno with broken rhythms.