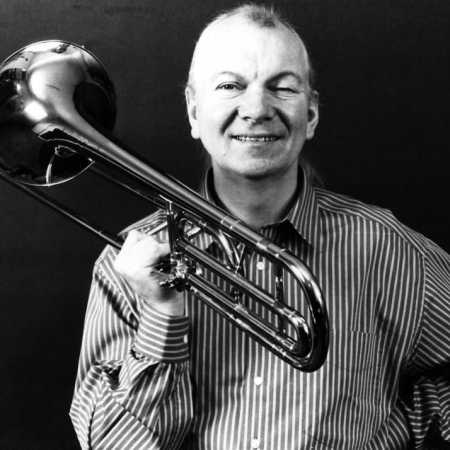 Conny Bauer Konrad started playing guitar at age 16, after his family moved to Sonneberg (Thuringia) in 1957. In various amateur dance orchestra began to play the trumpet, alto saxophone, drums and bass guitar and singing to contemporary hits. The first formal training was given in 1962 at Han Baakeho, teachers play the trombone. In the years 1964-1968 he continued his studies play the trombone at the Conservatoire Carl Maria von Weber led by Willi BAUMGÄRTEL and Alouise bobble. Continued in 1970 in Berlin under the supervision of Gerhard Lemke. Since 1973, he continued exploring and experimenting with this instrument, constantly developed many new sounds and their audience.