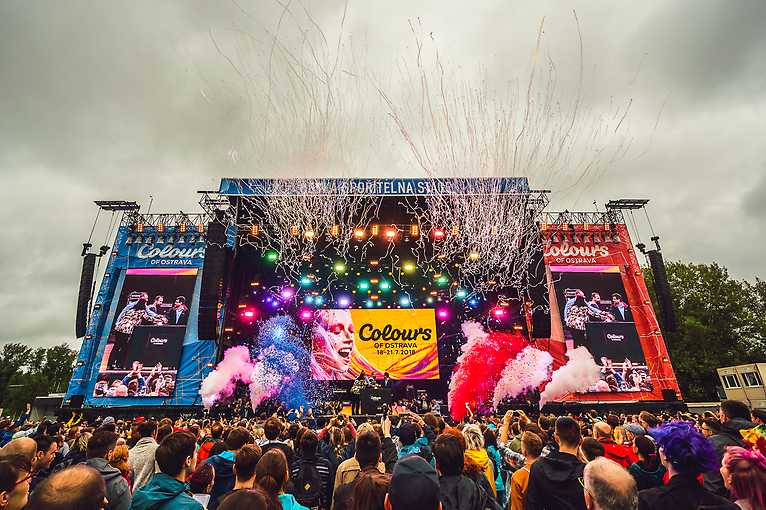 Colours of Ostrava is a multi-genre international music festival organized annually since 2002 in Ostrava. Since 2012, it has been held in Dolní Vítkovice – the former site of iron works, mines and ironmongery. So far, the 17th edition has offered over 450 program points on 21 open and covered stages – concerts, discussions, theatres, films, workshops and art activities.

Colours of Ostrava holds the Anděl Award for the Music Event of 2005 and 2006. At the same time, it won the award for the best music event of 2004, 2005 and 2006 in the ALMA poll in the Concert / Festival of the Year category. In 2015 and 2017, it fought for the Best Major Festivals of the European Festival Awards. It won the Czech Superbrands 2015 at home. In 2016, The Guardian ranked the festival among the top 10 European festivals.

Colours of Ostrava also hosts Festival In The Streets in the centre of Ostrava free of charge, a music showcase confercence Czech Music Crossroads, and international discussion forum Meltingpot.