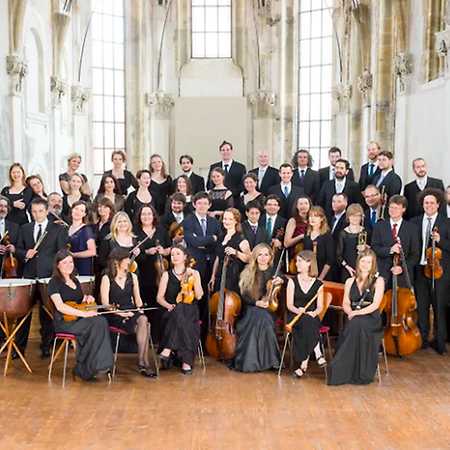 The Collegium 1704 and Collegium Vocale 1704 ensembles were founded by the harpsichordist and conductor Václav Luks in 2005 on the occasion of the Bach–Prague–2005 project, marking the beginning of residential collaboration with the Prague Spring International Music Festival. Since 2007, after their huge success with Zelenka’s Missa votiva in France, Collegium 1704 has been regular guest at festivals around Europe – besides performing the fundamental pieces of baroque repertoir, promoting work of Czech masters like Jan Dismas Zelenka and Josef Mysliveček.

Radio and television stations throughout Europe broadcast many Collegium 1704 concerts live and recorded.

1704 is a symbolic year of Jan Dismas Zelenka, their armorial composer. In August 1704 the church of St. Nicholas in Prague witnessed the magnificent performance of Zelenka’s Jesuit allegory play – Via Laureata.