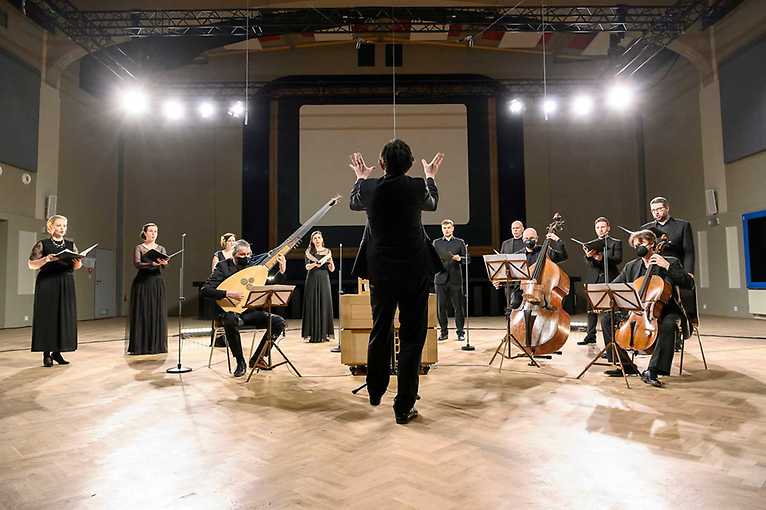 In 1581, a collection of vocal compositions in the specific genre of “ensaladas” was published in Prague – the remarkable volume bore the title Las ensaladas de Flecha and it marked the very first appearance of the genre in print. Mateo Flecha, a composer of Catalan origin, is usually considered the founder of “ensaladas”. Among their typical features is the switching of languages in the texts – apart from Spanish, the “ensaladas” employ various dialects, together with features from folk music.