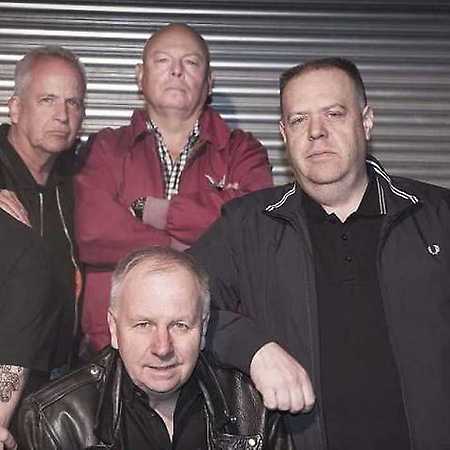 Cock Sparrer  England Belongs To Me

Cock Sparrer is one of the first and most famous British Oi! Bands, and is an important part of the skinhead scene. The band, formerly called Cock Sparrow, was founded in 1972 in London. Even before the punk movement, the band members had already started to make music together.

The group started, like many other bands of that time, to cover big British rock bands, like the Rolling Stones, Small Faces or Marvelousness. Later, the band signed with the record company Decca. After initial difficulties and a longer break, the band landed their first hit, Sunday Stripper, that appeared on the first Oi! Sampler, Oi! The Album. In 1982, the band re-founded, and released a year later their first album Shock Troops on Carrere Records.

Meanwhile, Cock Sparrer are considered a legend of the Oi! movement and have been on tour again and again with their now over ten released albums.