Clödie is a rock band headed by Klaudia “Clödie” Trzepizur – vocalist, frontman and band leader and composer and music producer Olaf Olszewski. The band Clödie became famous for the acoustic cover of Zombie by The Cranberiess, which gained millions of views on YouTube. Clödie is a rock sound of the 80s with a touch of modernity. 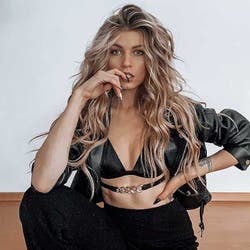