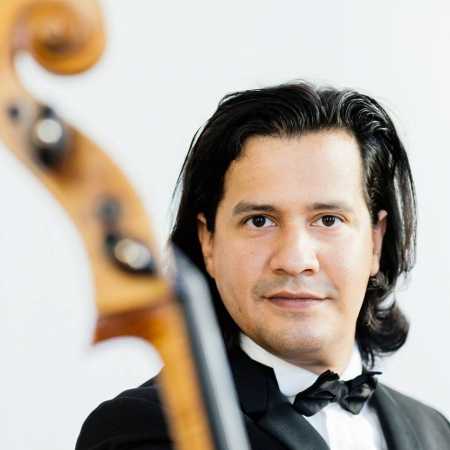 Cellist Claudio Bohórquez graduated from the College of Music in Lübeck as a student of the famous pedagogue David Geringas. Three years later he became a pupil of Boris Pergamenshchikov, first at Cologne, from which he followed the teacher to the Hanns Eisler College of Music in Berlin. While still a student he won honours in several prestigious international competitions including the Tchaikovsky Youth Competition in Moscow and the Rostropovich Cello Competition in Paris. He appears regularly with the most important orchestras, including the Gewandhausorchester of Leipzig, the Tonhalle Orchestra of Zürich, and the Cleveland Orchestra, working with illustrious conductors like Daniel Barenboim, Christoph Eschenbach, Manfred Honeck, and David Zinman. He also performs regularly as a chamber player, especially in international chamber music festivals in London, Warsaw, Bilbau, and Berlin.