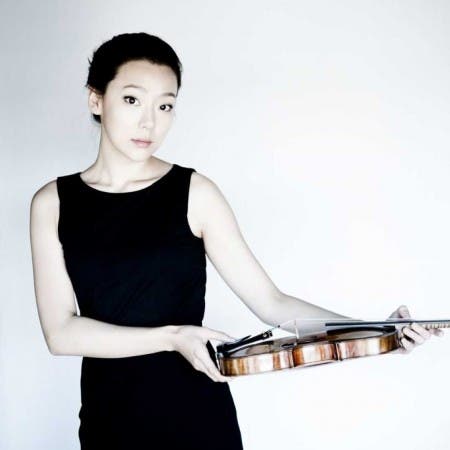 The German violinist of Korean ancestry Clara-Jumi Kang is one of the most gifted talents in the young generation of musical performers. She started playing violin when only three years old, and already a year later began studying under the guidance of Valery Gradov at the College of Music in Mannheim. At six, having already debuted with the Hamburg Symphony Orchestra, she was called a “Wunderkind” by the magazine Die Zeit. At the age of seven she moved to the United States, where she received a full scholarship to the famous Juilliard School. Later she supplemented her education at colleges in Berlin and Munich. In 2009 she received first prize in the Seoul International Music Competition and second prize in the Joseph Joachim International Violin Competition in Hannover, then a year later she won the International Violin Competition of Indianapolis. She has already performed in numerous important concert halls of the world, collaborating with renowned orchestras and conductors like Kremerata Baltica with Gidon Kremer, the Moscow Virtuosi with Vladimir Spivakov, and the Mariinsky Theatre Orchestra with Valery Gergiev.