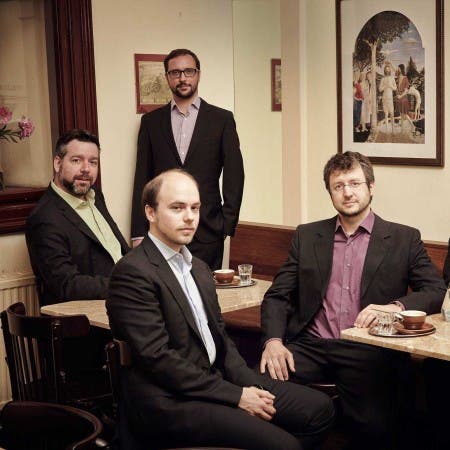 Cinquecento Renaissance Vokal comprising six professional singers from five European countries, Cinquecento takes its name from the Italian term for the sixteenth century. The pan-European structure of the ensemble (its members are from Austria, Belgium, England, Germany and Switzerland) harks back to the imperial chapel choirs of the 16th century, whose members would have been chosen for their musicianship from Europe’s most prized musical establishments. Formed in Vienna in October 2004 the ensemble has now established itself as one of Europe’s premier vocal sextets. The ensemble aims to bring the lesser known sixteenth-century choral repertoire from the courts of imperial Austria to a wider public, as well as performing a varied range of Renaissance polyphony with a view to illuminating to audiences the kaleidoscopic diversity of compositional styles operating within Europe over the period. Recent interest from modern composers has also seen the ensemble add a variety of contemporary works to its repertoire.