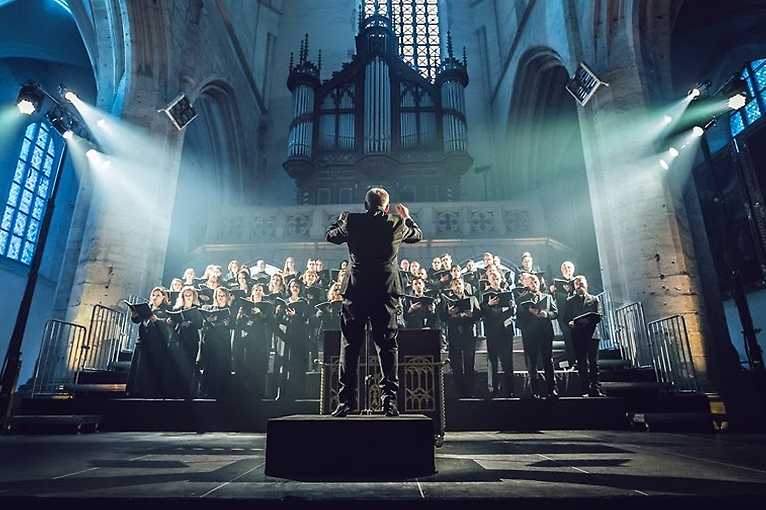 After last year’s inauguration of the series devoted to choral music, the Film Music Festival proposes to develop the concert formula. For the opening of the next FMF, you will be able to hear not only the pieces known to film music fans that expose their voice in the soundtrack, but also themes that were originally created for instrumental or electronic composition.

Aleksander Dębicz is an outstanding Polish pianist of the new generation. He was first presented to the festival audience during his very own Cinematic Piano concert in 2016. The composer is actually the one to whom the festival owes the name of the cycle, which since then has been continued yearly at FMF. During the Cinema Chorale concert, Dębicz, together with the choir, is going to present his compositions, inspired by the soundtracks to Blade Runner 2049, If Beale Street Could Talk and Interstellar.

The festival has created a direct link between the programmes of this concert and the TV Series Gala: the presentation of a moving Ukrainian piece Vichnaya Pamyat, arranged by Hildur Guðnadóttir for the use in the soundtrack of Chernobyl, as well as Martin Phipps’ composition Alleluia, known from the intro to Victoria. The Church of St Stanislaus Kostka, the interior of which is being used by FMF for the very first time, is a modernist construction from the 1930s located in Dębniki district. During the concert, the venue will resound with renowned vocal pieces from such films as The Lord of the Rings: The Two Towers or Edward Scissorhands. The audience will hear the world premiere of a suite from Aurora arranged especially for FMF by a Swedish composer Oscar Fogelström as well as a traditional Welsh lullaby Suo Gân used in Empire of the Sun. The programme of Cinema Chorale will be complemented with piano improvisations by Aleksander Dębicz.