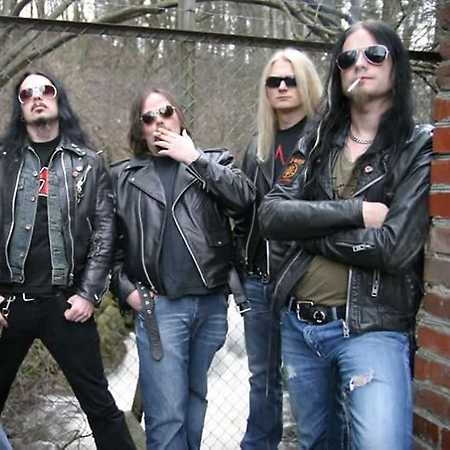 Chrome Division is a Norwegian heavy metal band. Stylistically the music is reminiscent of Motörhead and Monster Magnet. The best-known member is guitarist Stian Tomt Thoresen, the singer of Dimmu Borgir (there under the pseudonym Shagrath). As early as 1999 he had the idea of founding a band that was supposed to make music beyond Dimmu Borgir’s dark metal. While working on the Dimmu Borgir album Spiritual Black Dimensions, he also recorded two songs with Stian Arnesen from The Kovenant and Dimmu Borgir, more in the Stoner Rock direction. Due to lack of time, the project was put on hold. In 2004 Thoresen wanted to set up a real band. Stian Arnesen did not have time and clicked off. Thoresen searched and found other musicians for his band. The band got a record deal with Nuclear Blast. In 2006 debut album Doomsday Rock’n’Roll was released. Two years later followed the album Booze, Broads and Beelzebub. The fourth album Infernal Rock Eternal was released in 2014. In 2018 the album One Last Ride was released.