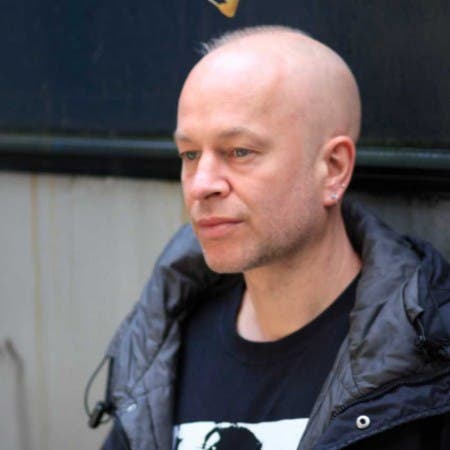 Chris Knowles aka Chris Liberator has been a DJ, put out hundreds of releases and remixes and has run a multitude of incredible labels for over 20 years. He has played more squat parties, underground raves, festivals, clubs and parties worldwide than most and is still completely dedicated to the music and the scene he got involved with when he started out with the other two Liberators, Julian and Aaron back in 1991.

Chris used to be a punk and was a part of the anarcho punk band Hagar the Womb and other indie combos before getting into techno, although he still plays bass in punk band Dogshite. He is one of the world’s top DJs and an integral producer of the “London acid” sound, with styles ranging from funky to hard to full on acid techno. He DJs across the world and was the first acid techno DJ to play in Brazil, Venezuela and Poland.