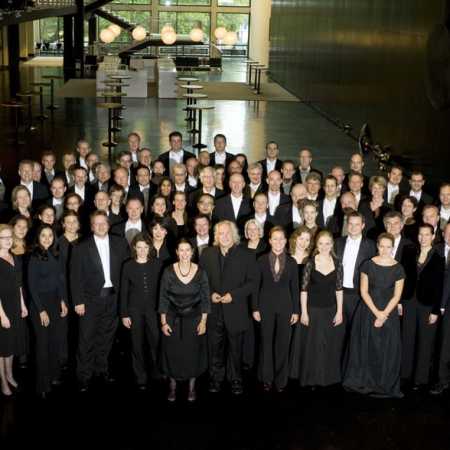 The opera choir is one of the formative elements of a successful performance. Evening after evening, the singers have to prove that their roots are in manifold styles, genres and – last, but not least – different languages. The choir of Deutsche Oper Berlin has proven this spectrum during the last years more and more: Besides enjoying an excellent international reputation as a leading choir for Wagner’s and Verdi’s operas, the choir has affirmed its competences for musical theater of the 20th and 21st century with productions such as Britten’s Peter Grimes and Billy Budd, Shostakovich’s Lady Macbeth of Mzensk and Helmut Lachenmann’s The Little Match Girl.

Notable choir leaders and conductors have shaped the choir of Deutsche Oper Berlin, one of the biggest theater choirs in the world: Besides Walter Hagen-Groll, who formed and built up the choir almost 50 years ago, Marcus Creed and Karl Kamper played an important role. From 2007 to 2016, William Spaulding was first choir director and gave a unique, unmistakable sound to the choir: It was awarded as the “Opera Choir of the Year” three times and celebrated triumphal successes with both audience and the press for a guest performance at the London Proms with Tannhäuser. In the last season, the choir was temporarily directed by Raymond Hughes. Starting from the season 2017/2018, the Brit Jeremy Bines, former director of the Glyndebourne Festival Chorus, is standing on top of the ensemble.