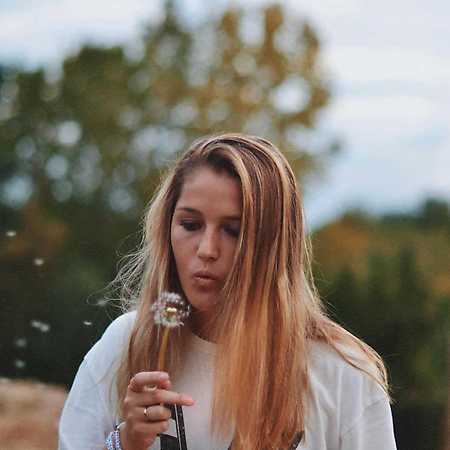 Chelsea Cutler is an US-American EDM-musician, singer and producer.
In 2014, at the age of 17, she begann posting covers of artists like The Tallest Man on Earth or ODESZA on the music platform Soundcloud. These versions quickly got her the attention of big blogs and artists in the music scene and received a lot of clicks.

The artist from Westport/Connecticut combines classical singer/songwriting with Pop, EDM and R’n’B elements in a very charming and independent way and in this context creates her very own sound, which she mostly produces at home in her bedroom.
She became known nationally and subsequently also internationally through Spotify, where she reaches more than four million listeners monthly. Some of her songs, including the acclaimed singles The Reason, You’re Not Missing Me or Out of Focus, achieved clicks between 10 and 25 million. Her biggest hit to date Your Shirt recently cracked the magical number of more than 50 million plays.
In June 2018 her debut album Sleeping With Roses was released. It was followed by a second part, containing eight new tracks, In November 2018.