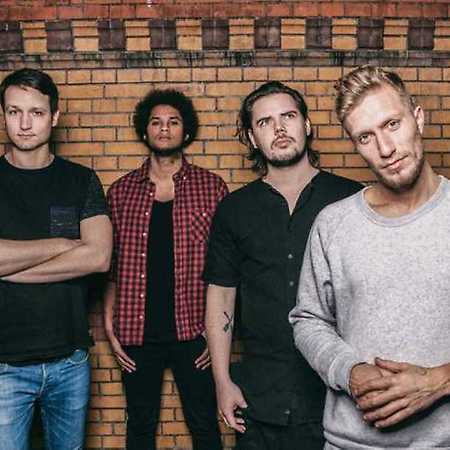 Chef’Special is a Dutch indie pop band from Haarlem, Netherlands. Chef’Special’s lineup consists of lead vocalist Joshua Nolet, guitarist Guido Joseph, bass player Jan Derks, keyboard player Wouter Heeren and drummer Wouter Jerry Prudon. They have released two albums and three EPs since their formation in 2008. They became known in the Netherlands for being the house band for popular Dutch TV program De Wereld Draait Door in 2011. In 2015 the band went on its first US tour as support act for indie band Aer. They have joined Twenty One Pilots on their Emotional Roadshow World Tour as an opening act in the summer of 2016, alongside Mutemath. In February 2016 the band’s song In Your Arms charted at position 40 in Billboard’s Alternative Songs chart.