Che Sudaka is a four-piece band, composed of Argentinians and Colombians living in Barcelona. The band was formed in 2002 in Barcelona and consists of the musicians Leo, Kachafaz, Jota und Cheko. Their debut album Trippie Town was released in 2013. In 2009 they founded their own record label Cavernicola Records, their albums have been released on it since 2011. Their music is devoted to problems of migration, social injustice and war. 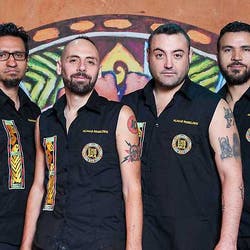 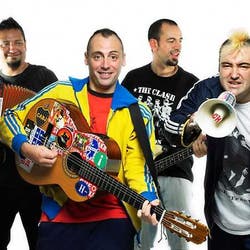 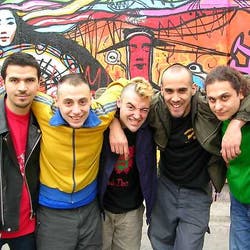 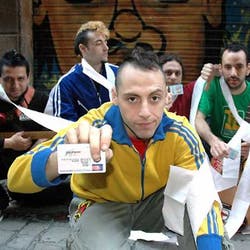