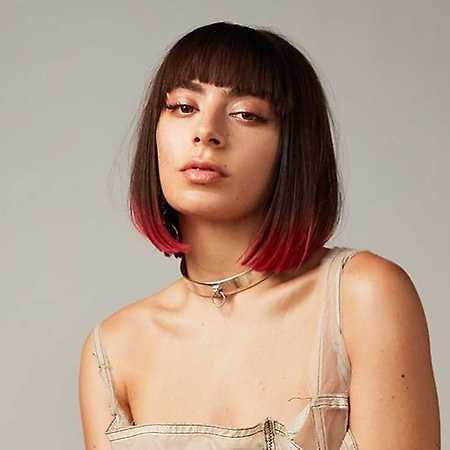 Charli XCX feat. Lizzo  Blame It On Your Love

Charlotte Emma Aitchison, known professionally as Charli XCX, is an English singer, songwriter, music video director, and record executive. Born in Cambridge and raised in Start Hill, Essex, she began posting songs on MySpace in 2008, which led to her discovery by a promoter who invited her to perform at warehouse raves and parties. In 2010 she signed a recording contract with Asylum Records, releasing a series of singles and mixtapes throughout 2011 and 2012.

In 2013, Charli XCX rose to fame with the Icona Pop collaboration I Love It, which became an international hit. Her debut studio album, True Romance (2013), was released that year to critical acclaim, but failed to meet commercial expectations. In 2014, she contributed the hook to Fancy by rapper Iggy Azalea, which finished the year as one of the best-selling singles worldwide, and received her first solo hit with Boom Clap later that year. Her second studio album, the punk-influenced Sucker was released at the end of the year, and respectively produced the successful singles Break the Rules and Doing It.

In 2015, she began working with artists in the British collective PC Music, as well as producer Sophie, developing a more experimental sound and image. While working on her third album, she released the Vroom Vroom EP in 2016 and the mixtapes Number 1 Angel and Pop 2 in 2017, as well as a series of singles including the BPI-certified After the Afterparty, Boys, and 1999. Charli XCX’s third studio album, Charli, is due to be released on 13 September 2019 by Asylum and Atlantic Records.

In addition to her solo work, Charli XCX has co-written songs for other artists, including: Iggy Azalea’s Beg for It (2014), Selena Gomez‘s Same Old Love (2015) and Blondie’s Tonight (2017).