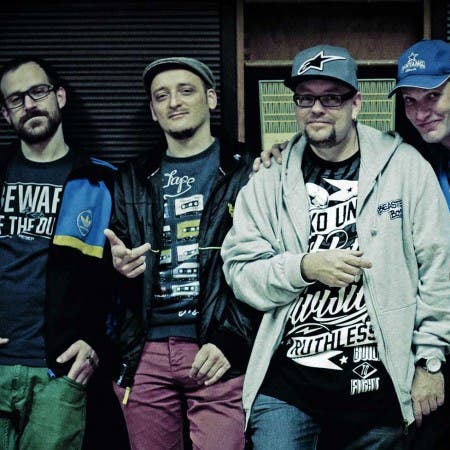 Chaozz was a Czech hip hop group, active from 1995 to 2002, during which time they released four albums. Chaozz was formed in 1995 of five members: Bass, Deph, Rusty, Fugaz and DJ Smog. Bass and Rusty had previously been members of another hip hop group, UNIT, established in 1993. and MC Deph had released a solo record, before working with Fugaz on a project entitled Flavamatic. UNIT disbanded in 1994, with Bass and Rusty joining DJ Smog to form the group Chaozz. Shortly afterwards the two groups merged under the name Chaozz.