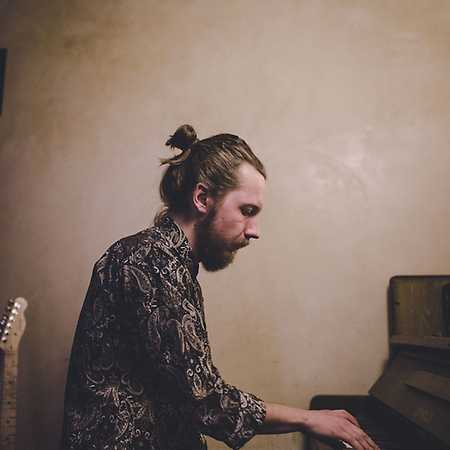 Chalupski is a project of composer, pianist and guitarist Václav Chalupský. His work balances on the border between post-classical music and minimalism. In 2019, he made his independent debut with the album Vortex, in which David Zeman co-produced. The album consists of compositions for piano and string quartet, as well as purely piano compositions. The new work is partly based on improvisations for contemporary dance, and the piano is complemented by the strings of an electric guitar and synthesizers. In addition to the Chalupski project, Václav works as an accompanist at the Duncan Conservatory, in other studios and theaters, composes for audiovisual projects and dance performances, and is part of the expanded acoustic version of the band Kalle. – Translated by Automatic service