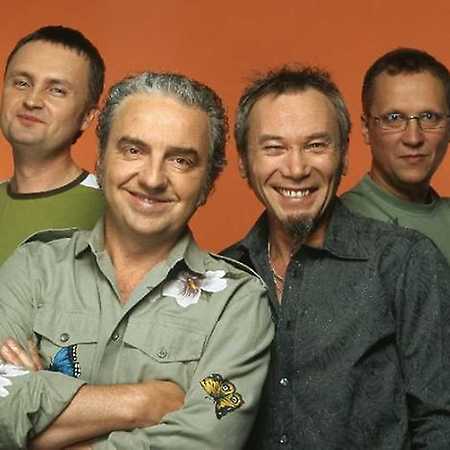 Chaif (Чайф) is a Russian rock band formed in 1984 in Sverdlovsk (now Yekaterinburg), Russia, by Vladimir Shakhrin and Vladimir Begunov.
Their name is derived from the word chai, meaning tea, and kaif (slang word), meaning pleasure.
The band reached national fame in 1992 with songs such as Ne Speshi (Don’t Hurry) and 17.
They have released several albums and are very popular in Russia and former Soviet states.
Their musical styles range from rock and roll to blues and even some songs which feature a strong reggae influence. The band is still touring and releasing albums occasionally.