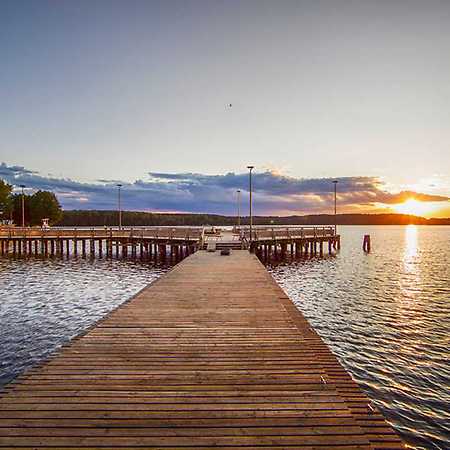 Ukiel, commonly known as Krzywe, is a lake located in the Olsztyn Lake District, in the north-western part of Olsztyn between the settlements of Dajtki, Gutkowo and Likusy. The largest lake in Olsztyn with an area of 412 ha. The Sports and Recreation Centre in Olsztyn carries out tasks in the field of physical culture and sport, but also administers and manages existing sports facilities and recreational areas. It’s also the place of the beach that hosts the Olsztyn Green Festival annually.