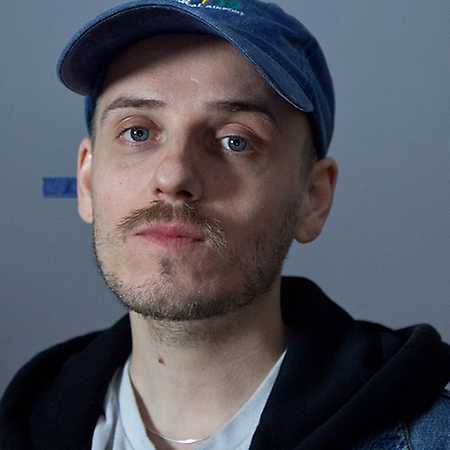 Celestial Trax (Joni Judén) is a producer, composer and sound artist. Currently based in Helsinki, Finland (via London and New York), the multi-instrumentalist has crafted an unparalleled voice within the experimental electronic music landscape. The artist’s sound – a mixture of meditative, mind-bending psychedelia, drone and ambient – is traceable across his myriad of productions, as well as in his performances, where using all live instrumentation Judén creates intoxicating worlds within worlds of lush ambiance, penetrated by sonics from his musical history.

Active since 2013, Celestial Trax has released two EPs with NYC’s PTP, a number of collaborative releases, as well as a trilogy of EPs for Rinse. His debut full-length – the critically acclaimed Nothing Is Real, was an arresting evolution from his previous work; released on PTP in the fall of 2017, the album moves into a surreal realm of psychedelia, live instrumentation and electro-acoustic composition. 2018 saw the artist’s direction taking a further shift from the club realm to a unique blend of modern classical, ambient music and long-form compositions; this is evident in Judén’s True Aether venture, a channel, label and platform fiercely dedicated to sound art and off-kilter sonic experimentations. His other aliases, the jazz tinged improvisational duo Linnuissa (with Karri Luhtala) and the earthy new age experiments of Sisilisko, are further evidence of an artist with an increasingly singular voice. Since May 2018 Celestial Trax has been hosting a bi-weekly two hour True Aether radio show on Helsinki’s Basso FM radiostation – a program dedicated to ambient, the avant-garde, as well as genre-defying obscurities from the past and the present.

Celestial Trax has toured extensively in Europe and the U.S., including appearances at Berghain, MoMA PS1, Boiler Room, CTM, Mirage Festival, Ombre Lunghe, and SXSW. In 2016, he designed the soundscape for The Bug, a LACTIC Incorporated fashion performance, wrote and performed a live electronic score to Jan Švankmajer’s ALICE (1988) for Loveless Records and contributed original music to the feature film Killer Unicorn (USA 2018).