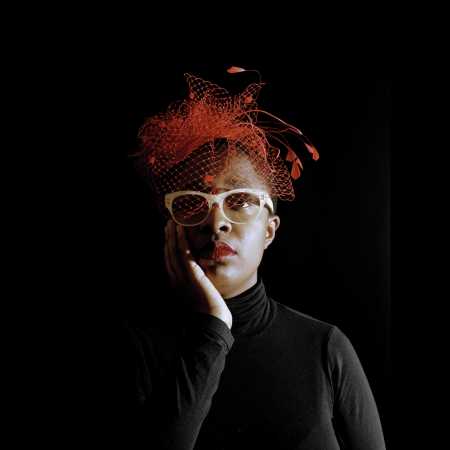 Cécile McLorin Salvant was born and raised in Miami, Florida of a French mother and a Haitian father. She started classical piano studies at 5, and began singing in the Miami Choral Society at 8. Cécile performs unique interpretations of unknown and scarcely recorded jazz and blues compositions. She focuses on a theatrical, and sometimes ironic, portrayal of the jazz standard and is just beginning to compose her own instrumental pieces and songs. She was the winner of the first prize in the Thelonious Monk International Jazz Competition in 2010, releasing her first album, Cécile, shortly thereafter. Her second album, WomanChild (2013) received a 2014 Grammy Award nomination for Best Jazz Vocal Album. Salvant won four categories in the 2014 Down Beat Critics Poll: Jazz Album of the Year, Female Vocalist, Rising Star – Jazz Artist, and Rising Star – Female Vocalist. Her third album, For One to Love (2015), won her the Grammy Award for Best Jazz Vocal Album in 2016. Her album Dreams and Daggers (2017) won Grammy Award for Best Jazz Vocal Album 2018.