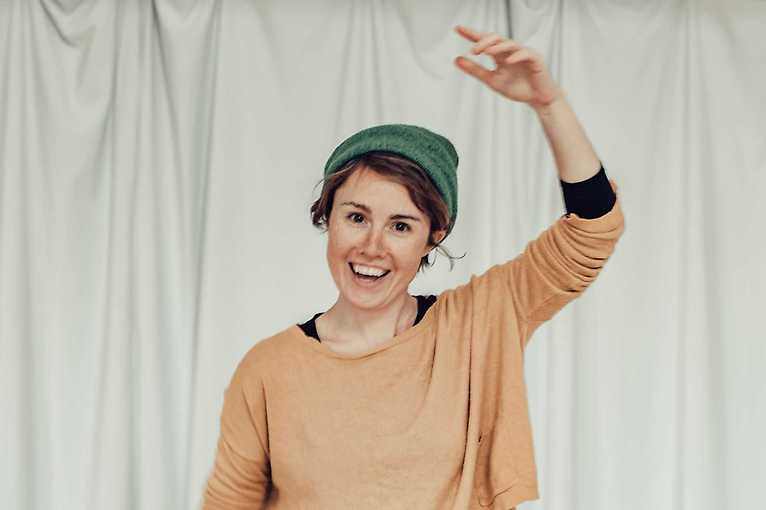 Pultizer winning American composer comes to Prague for the first time for a special performance with critically acclaimed quartet.

For such a young composer (she was born in 1982), New York-based Caroline Shaw’s accomplishments are quite remarkable. Not only has she made her mark in the contemporary classical world, but she has also successfully crossed over into the worlds of pop and hip-hop, working with Kanye West, Nas, The National, and Arcade Fire’s Richard Reed Parry. Her work has yielded awards and critical plaudits, with some observers calling her 'the future of music. 'Shaw, who is a vocalist and violinist, sees herself as a musician who composes, and she is an active performer, both with the cutting-edge vocal group Roomful of Teeth and, notably, with Attacca Quartet. It was a piece written for Roomful of Teeth, Partita for 8 Voices – an idisoyncratic work encompassing whispers, throat-singing, and spoken word-that won her the Pulitzer Prize for Music in 2013.In 2019 she released the album Orange, a free-ranging collection of chamber music pieces performed by Attacca Quartet, one of America’s most in-demand young string ensembles. In 2020, the album won the Grammy for Best Chamber Music/Small Ensemble Performance. At Strings of Autumn, Attacca will perform music from Orange and Shaw will feature as a singer with the quartet on new collaborative works.

"Catherine Shaw’s Orange is gorgeous in so many ways…it hits you everywhere, all at once." BBC