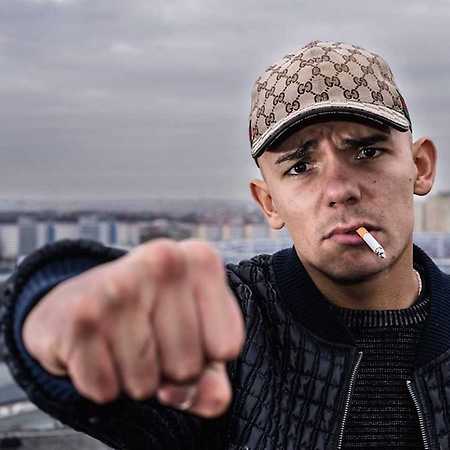 Vladislav Balovatsky, known professionally as Capital Bra, colloquially referred to as Capital or Bra, is a German rapper. Born in Siberia, Russia and raised in Dnipropetrovsk in Ukraine, he moved with his mother to Berlin, Germany in the early 2000s. He started rapping at the age of eleven and participated at Rap am Mittwoch in 2014, a German battle rap tournament. Intent on pursuing a solo career as a rapper, Capital Bra released his first studio album Kuku Bra in January 2016 to minor commercial success in Germany. The follow-ups Makarov Complex and Blyat were released in February and September 2017 and peaked in the Top Five of German-speaking Europe. Balovatsky rose to mainstream success in 2018, following seven chart topping singles in a year in Germany. His fourth studio album, Berlin lebt (2018), peaked at number one in Germany, Austria and Switzerland and the follow-up Allein (2018), again reached the Top Five.

Outside of music, Balovatsky critized the German political party Alternative for Germany (AFD), issued support for Russian president Vladimir Putin and spoke out about social injustice.