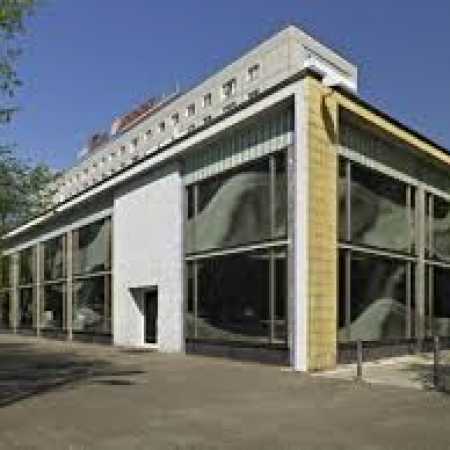 Galerie Gisela Capitain, Cologne and Petzel Gallery, New York opened a joint gallery in Berlin in fall 2008. The gallery, a 1,300 square meter glass-encased modernist building preserved from the Socialist Era, is located in one of the city’s historical landmarks on Karl-Marx-Allee in Berlin-Mitte. The former ‘Kunst im Heim’ gallery of the GDR is a classic example of East German Modernism, built in 1964 by architects Kaiser and Franek to house a display of fine and applied arts from the countries of the Eastern Block.

Capitain Petzel continues to present exhibitions of established international artists represented by the galleries in Cologne and New York, while simultaneously the gallery is developing an autonomous program with artists such as Andrea Bowers, Natalie Czech, Robert Longo, Matt Mullican, Amy Sillman, Peter Piller and Pieter Schoolwerth. A range of books and catalogues are available from all of the gallery artists.