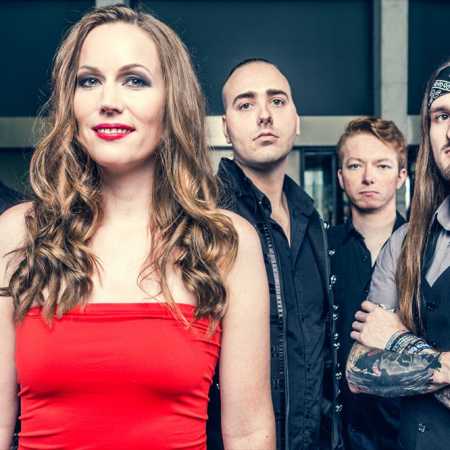 Canterra is a symphonic metal band from Leipzig, Germany. The formation was founded in 2006 by singer Korinna König and guitarist Hendrik Zantop with the name Oleum.

Until 2009, the line-up of the group, meanwhile renamed into Avatar, was varying. In 2010, the band recorded their first EP Echoes Of Fear, distributed it by themselves and performed as a support act for Lord Of The Lost. After another name change the band finally chose the name Canterra in 2011. The work on their debut album, which was founded through a crowdfunding campaign and the Wacken Foundation, began in 2014. The debut First Escape was released in February 2016 on the independent label Kick The Flame. After the release, Canterra toured as an opening act for Lacrimosa through Germany.

The symphonic metal group is often treated under the term gothic metal thanks to their popularity in the gothic scene and their equivalent appearance. Nevertheless, their sound is often compared to the solo releases of Tarja Turunen, the former singer of Nightwish.